To responsibly enrich the lives of our diverse community .

To become the Recreation Choice in everything  you do.

Sustainability: We dedicate ourselves to the stewardship of the district’s physical, financial, personnel resources and the conservation of our environment.
Social Equity: We are committed to social justice, equity and creating a community of belonging.
Ethical: We ensure a high level of trust and respect within the community through integrity, reliability, honesty, accountability, and compassion.
Innovation: We develop new ideas for community health and wellness through fun, creative and critical thinking.
Service Oriented: We provide a high level of service and safety in our parks, facilities, and programs
Teamwork: We strive to develop positive relationships and partnerships through collaboration with community stakeholders and organizations.
Continued Learning: We recognize the importance for professional growth, continued learning, mentoring and empowerment for the agency’s team. 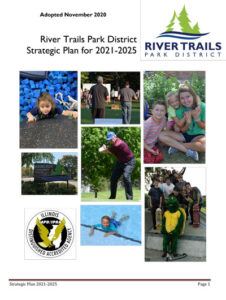 The River Trails Park District has worked to develop the Park District Strategic Plan. This Plan will be aligned with the start of 2021 and continuing through December 2025. 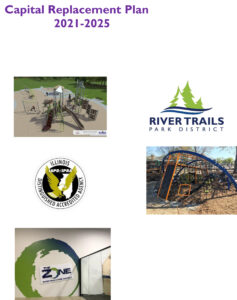 Capital improvements enhance, expand or maintain the infrastructure that the District needs to provide services to residents and support new growth and development. To ensure a high quality of services and amenities, infrastructure expansion and improvement must continue as the District’s facilities age, demographics and community interest change. 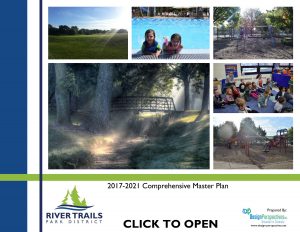 The River Trails Park District has worked to develop the Comprehensive Master Plan 2017-2022. This Plan will be aligned with the start of 2017 and continuing through December 2022 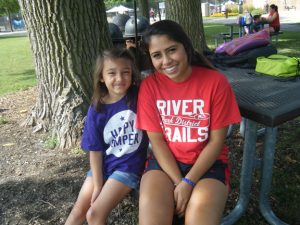 An Illinois Distinguished Accredited Agency since 2000

The goal is to improve the delivery of recreation services through a voluntary comprehensive evaluation process. The desired result is to improve the quality of life for residents & to recognize the agencies which provide this quality service. This process makes sure this agency is up to date with all legal & policy matters as well as increases operational efficiency and effectiveness. 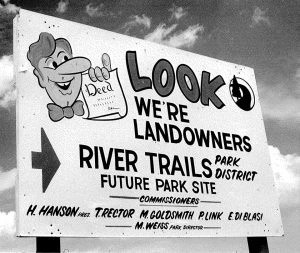 River Trails Park District was established in August 1965. River Trails name is not defined by a city or town but by the communities, surroundings and the people who created the agency. The first years of the River Trails Park District consisted of programs such as ice skating, arts & crafts, square dancing, gymnastics, basketball, volleyball, folk guitar and Halloween themed activities. The programs took place at the schools and parks in School Districts 26 & 21 and Grace Lutheran Church. The Park District employees were working out of a trailer that was located at 1400 E. Kensington Road. The Park Board knew the opportunities ahead and what was needed to serve their community. On Saturday, September 24, 1966 a vote was needed to be cast. It was a success and the master plan was approved with a swimming pool, bathhouse, office, maintenance garage, four local parks and bonds to develop facilities.

In the 1970s the agency received grants for Woodland Trails Park, driving range along with play equipment for five parks and built a new maintenance facility.

In 1980s, the park district’s surroundings began to change rapidly. Kensington Business Center, Tree Farm Estates along with Rob Roy Country Club Village began development. The park district also took over the operation of the driving range. As a result, the park district’s income from its tax base and fee revenue almost doubled. The original parks consisted of Aspen, Burning Bush, Sycamore, Tamarack and Woodland Trails. The new parks that were added during 1980-1989 to the district were Evergreen, Maple, Willow and Rob Roy Golf Course. In 1983 the driving range was moved north in Woodland Trails Park and expanded. An 18 hole-hole miniature golf course was also constructed. In 1987, the park district built the Marvin S. Weiss Community Center in Woodland Trails Park. This included a full-size gymnasium, a preschool room, a dance room, fitness club, meeting/multiple purpose rooms, locker rooms and offices. Marvin S. Weiss Community Center till this day is the largest and busiest park district facility.

The 1990s were a decade of reconstruction and updating. The district started to grow and was in project mode as it met the demands of the community. In 1994, the new Rob Roy Golf Clubhouse was opened. The clubhouse was 140 year old farmhouse, the new clubhouse included a pro shop, offices, a bar, restaurant and banquet/meeting room. In 1997, the Illinois Department of Natural Resources awarded Woodland Trails with the “Award of Excellence”, which only ten parks throughout the stated were presented with this honor. 1997, the park district purchased the Administrative Building on 401 E. Camp McDonald Road. The renovation of Burning Bush Trails began in June of 1997 and reopened in April of 1998.

As we entered a new century the park district became an Illinois Distinguished Accredited Agency that was awarded in 2000. This accreditation is reserved for Illinois Park Districts that go above and beyond in dedicating themselves to offering quality programs and services designed to fulfill their community’s needs.  In addition to 2000, we received the accreditation and honor two more times, in 2013 and 2017. In 2015 the Park District celebrated its 50th Anniversary.

In the early start of 2016 the district began phase one of construction at 550 Center in the Kensington Business Park in the warehouse section of the building. Much of the lighting was upgraded to LED which tripled the brightness over the athletic space. The park crew moved a 70 foot wall by 90 degrees to create a nearly 13,000 square feet of interior play space. Major renovations to the area include 7,000 square feet of artificial turf, foam pit, vertical and horizontal climbing wall, warp wall, jump boxes, climbing rope, slant walking beams, new benches, new seating area, new office space and rooms. The building is now named The Zone.

Install this application on your home screen for quick and easy access when you’re on the go.